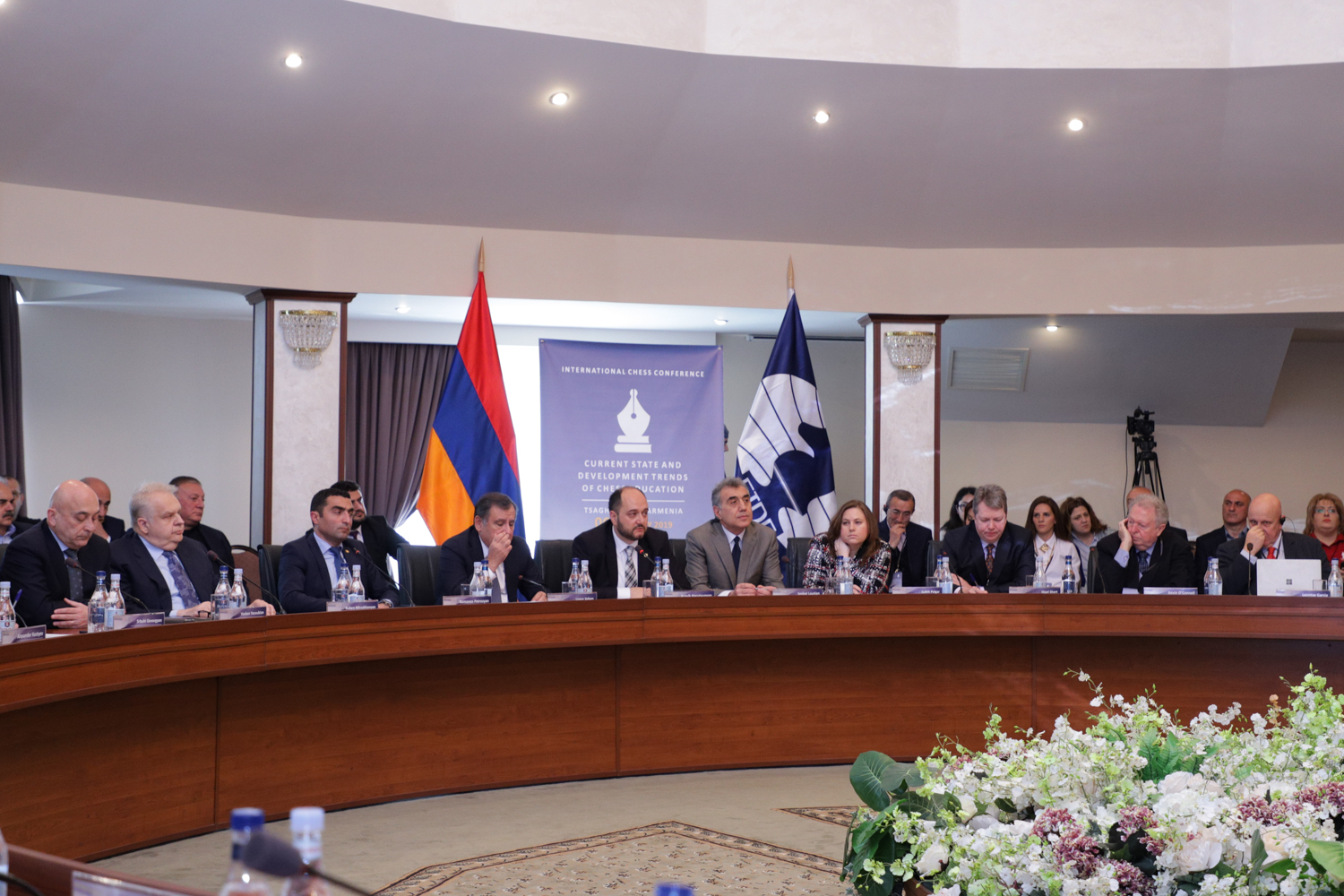 RA Minister of Education and Science Arayik Harutyunyan stressed out  the importance of chess, emphasizing  that he receives cooperation proposals in field of chess in education from many countries. “In foreign countries there is a serious interest in the Armenian chess teaching experience. Many of them are willing  to follow the example of Armenia and to adopt Chess discipline in the educational system, and we can help them with that responsible work. “

Founder-president of the Chess Academy of Armenia, Director of “Chess” Scientific Research Institute Smbat Lputyan thanked all the guests who have contributed to world chess education, especially to  FIDE Vice-Presidents Judith Polgar and Nigel Short. According to Smbat Lputyan, it is not only pride, but also a  great joy to  be useful not only for your motherland but also to the world community. Being the leader in the chess in educational system, Armenia has taken on a great responsibility and committed to continue this responsible work.