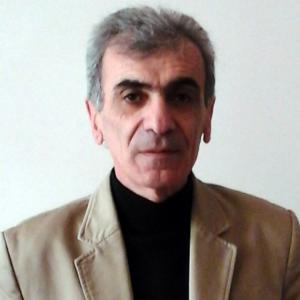 Academic Degree:
PhD in Psychology, “The Specifics of the Origin and Resolution of Conflicts in the Business Environment”, specialization-Organizational Engineering Psychology ժթ.00.02

2016: Lecturer in Chair of Psychology, ASPU.

2013-2016: Lecturer in Chair of Theory and History of Psychology, ASPU.
2006-2013: Chairman of NGO “Armenian Center of Health and Education”. Head of “Apaga” psychological center.
2009-Present: Lecturer at “Urartu” University
2006-Present։ Head of the “Project Harmony”of implementation psychosocial activities with asocial teenagers
2005-2007: Head of the project “Raising of the awareness about children rights’ protection and community services aimed to Alaverdi children”
2004-2007։ Leader of the group for creation of child development standards and tools of the mental development under the project “Mission East”
2004-2006: Advisor –Psychologist at UNICEF
2000-2002: Educational reform center “Life skills advisor”
2000։ The Responsible of the internal evolution of the project and “Lori” region monitoring under the project “Zang”
1999-2006: Director at the center of psychological services of Lori and director of “Aralez” center of psychological services
1999-2003: Psychologist for human rights projects at NRC
1992-2006: Director at the Center of Psychological Services of Lori
1988-1990: Head of the Pediatric department at hospital of Stepanavan.
1985-1988: Head of the department of infectious diseases at hospital of Stepanavan.