DELEGATES OF UZBEKISTAN AND THE USA IN “CHESS” SCIENTIFIC RESEARCH INSTITUTE 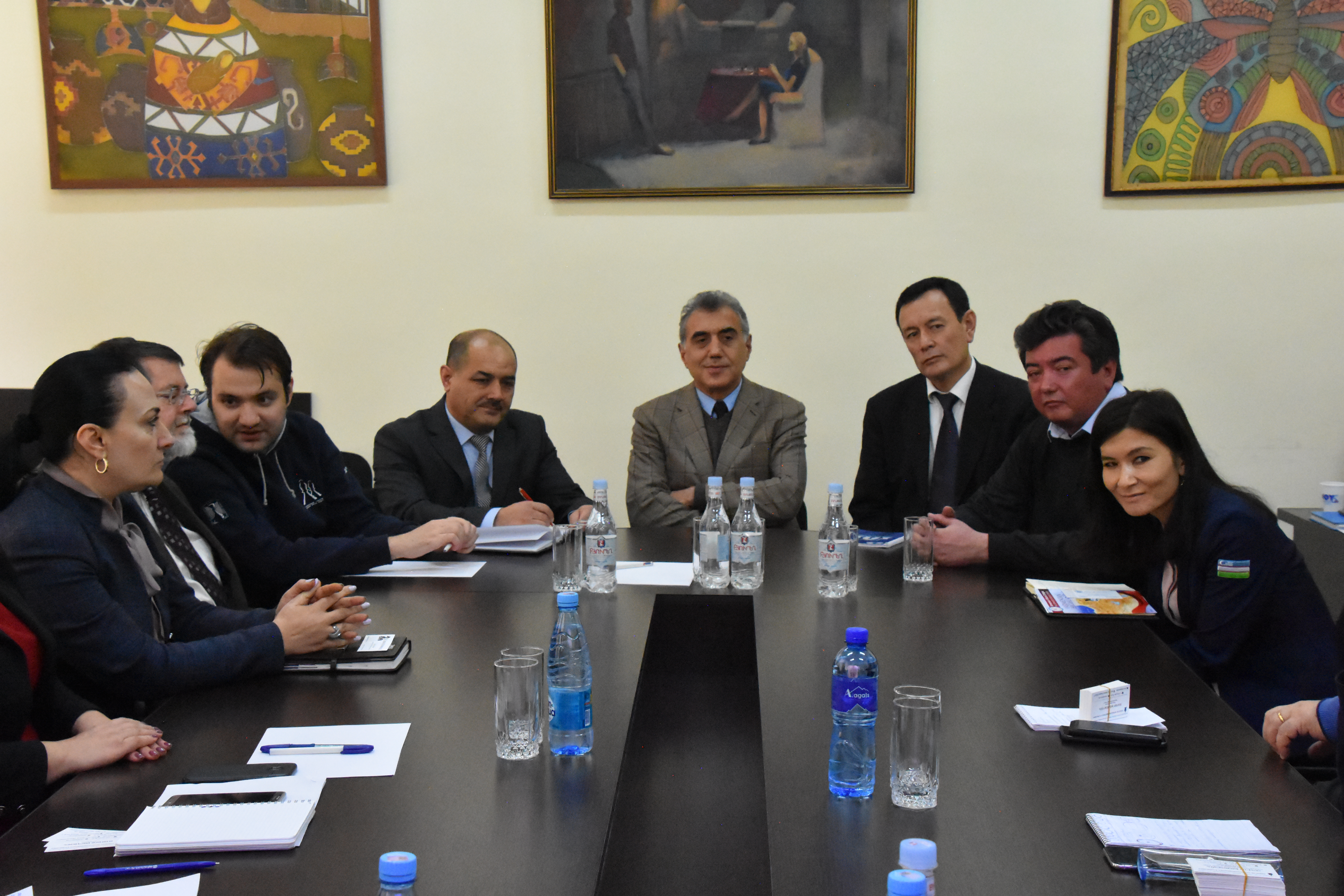 Among the guest there were the delegates of Ministry of Education and Science of Uzbekistan and Chess Federation, also Jerry Nash who works with the USA teachers as a chess educational problems national advisor trying to apply positive influence of chess at classroom. He is the founder of “Chess in School” initiative at the Alabama State as well as he conducts trainings organized within the scope of that initiative.

The guest first met with the ASPU Rector Rouben Mirzakhanyan who emphasized the importance of chess for ASPU, underlining chess program study at the university and the lecturers’ involvement in the responsible activities of chess teachers’ trainings. The Rector expressed his joy for newly opened institute and all the registered success; also he mentioned that he is proud of having this kind of institute as a part of the university.

The “Chess” Scientific Research Institute has researching direction and involves specialists from various spheres, such as methodists, psychologists, social workers, etc.” was mentioned by the Rector and he added that the institute used to be a laboratory in the past.

Rouben Mirzakhanyan assured the guests that, thanks to the active work of the institute and the relevant department, international conferences are being organized which are the best platform for experience exchange.

The gussets expressed their admiration in regard of teaching the “wise game” in our country and expressed their interest in getting familiarized with the activities of the institute in more details. The director of the “Chess” Scientific Research Institute Smbat Lputian presented the working subgroups, the results of conducted researches and future programs. The guests were particularly interested in data analysis, application mechanisms of various methodologies, sociological surveys conducted by the institute, the practice of adoption of chess in the educational system.

The enthusiasm became even more when the guests get acquainted with “Egoskop” objective analysis and testing complex. The guests tested also the complex which impressed them even more.

At the end of the meeting Smbat Lputian thanked the guests and noted that the doors of the institute are always open for cooperation.