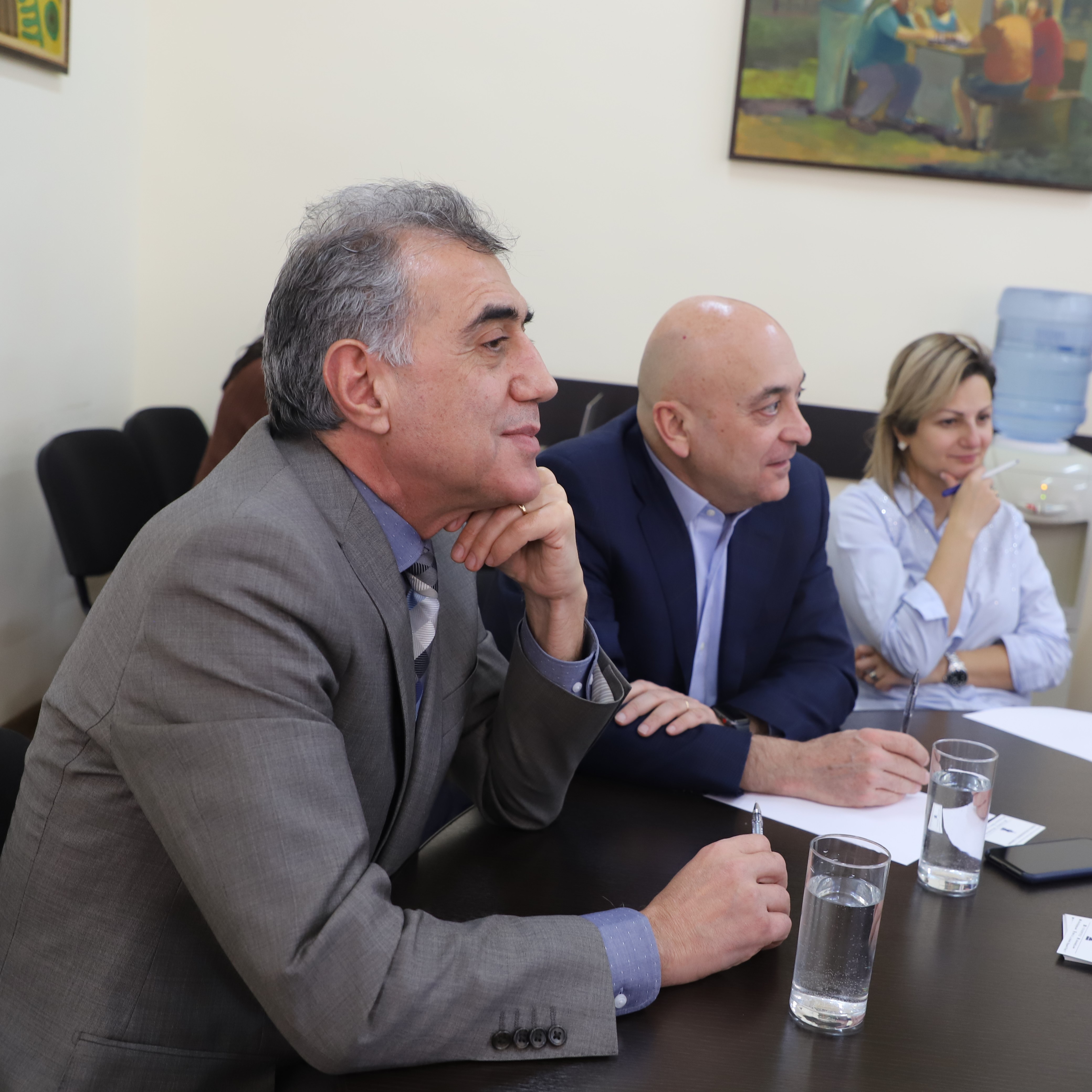 The guests of the “Chess” Scientific Research Institute were representatives of the Armenian General Benevolent Union (AGBU), represented by President of AGBU Armenian Vazgen Yakubyan and Coordinator of Special Programs of AGBU Armenia Inessa Margaryan. The aim of the meeting was to find cooperatation opportunities between the Institute and the friend of the chess world  AGBU. Director of the Research Institute Smbat Lputian thanked Vazgen Yakubyan for the visit and presented the mission of the newly created Institute and the short-term successes not only in Armenia but also internationally. Vahan Sargsyan, Head of the Institute’s Research Program, presented the Institute’s research activities and stated that the Institute brought together leading and skilled specialists in their fields: “We experienced and continually trained teachers, digital lessons, textbooks that are regularly updated, the online training courses system is approximately finalized, “mentioned S. Lputyan.
The guests were interested in the results of the chess study since the introduction of the chess curriculum and statistics on the attitude of the parents and pupils towards the subject. Senior researchers, sociologists, methodologists, and psychologists of the Institute presented detailed research on the issue, emphasizing that positive changes in the perception of the subject were evident. President of AGBU Armenian Vazgen Yakubyan stated that being so close to chess he made new discoveries about chess as a general educational subject, and noted that chess was newly introduced to him by the “Chess” Scientific Research Institute.

One thought on “MEETING WITH AGBU REPRESENTATIVES”