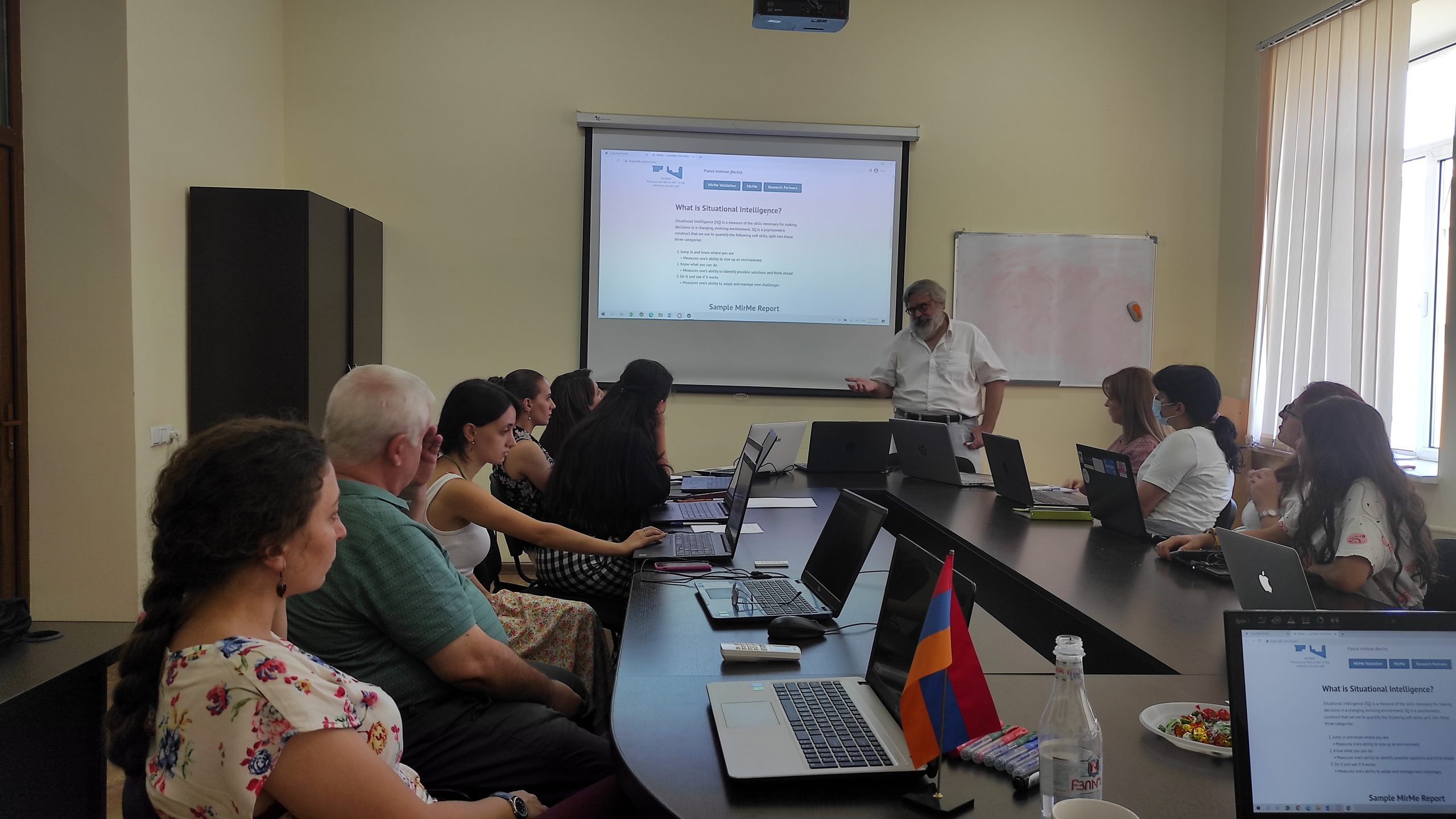 From 12-13 August, the Professor of the Singapore Management University, the Founder of the “Logic Mills” organization Mark Nowacki visited the Armenian State Pedagogical University. In fact, it is in his founded organization that the psychological game-test “MIRMI”, a computer toolkit for assessing the global, collaborative and factual intelligence abilities of 21st century learners, was developed and validated.

During the meeting with the ASPU leadership, an initial arrangement was made; within the framework of the initial research stage, the “Chess” Scientific Research Institute will use this toolkit, therewith enabling to assess the abilities, the development of which the “Chess” subject it aimed at.

In particular, the methodology allows identifying the abilities of people of different ages to make effective decisions, to adapt to the environment or to adjust the given environmental conditions, to solve problems, which are currently considered key in leading international evaluation studies.
Within the scope of the visit Professor Mark Nowacki organized a training session for the “Chess” Scientific Research Institute team on using the “MIRMI” toolkit, and provided a necessary number of methodology licenses free of charge.
In their turn, the specialists of the “Chess” Scientific Research Institute completed the test, learned about the results analysis and the interpretation processes thereof. Towards the end of the meeting, the pre-test roadmap and practical and methodological foundations were discussed.
As a matter of fact, throughout the meeting interesting discussions took place concluded by a Q&A session, the outcomes of which, as the participants of the training hope, would be included in the planned research activities of the Chess Scientific Research Center.
Last but not least, we would like to mention that as a teenager, Mark Nowacki was one of the best Chess players among his peers in the USA. Besides, Professor Nowacki was an international education consultant in a number of countries and authored more than 15 books.

Today, the toolkit he developed is widely used both in Singapore and in other countries as a universal evaluation method of learning outcomes.